How to fix Android Chrome on CM9 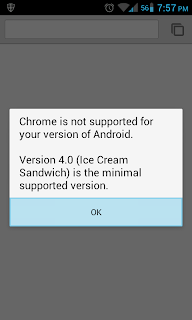 Today Google pushed an update for Android Chrome Beta that broke its ability to run on many CM9 Android 4.0.3 devices.  It says "Chrome is not supported for your version of Android.  Version 4.0 (Ice Cream Sandwich) is the minimal supported version."

The procedure to manually fix Chrome Beta on your CM9 device is beyond the break.

Email ThisBlogThis!Share to TwitterShare to FacebookShare to Pinterest
Labels: android

How to build Android on RHEL6 or Fedora

Google's instructions of how to build Android only detail how to setup your build environment on Ubuntu.  This post describes how to do the equivalent on RHEL6, CentOS 6, Scientific Linux 6 or Fedora 16+. 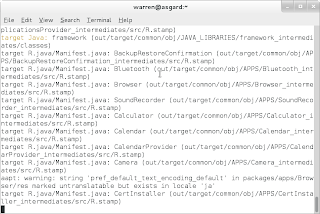